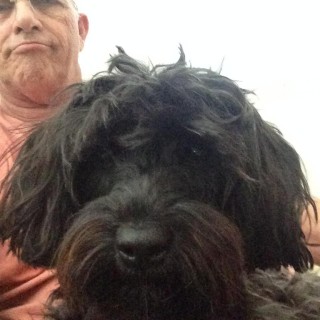 I have nothing to say about me. Click here my contact info. getting older now 74 this November. A follower of the love of my life.

There have been a number of incidents that made me aware that somehow God was involved with my life. The first one that comes to mind was when I was a junior in high school. It was a rough time for me as we moved in the middle of the year and I had to leave my friends in Washington and go to school in Oregon. It must have been hard for all of us, since during that year mom and dad argued quite a lot. Dad was going to go back to Washington and leave mom in Oregon. I was so upset that I couldn’t sleep. I took off walking up the road and spotted a church. I mistakenly thought churches were left open for times like this, but to my surprise the only thing I could do was look through the window. When I did, I saw a cross all aglow with a light on a table. I began to cry and beg that God would help settle the problems at home and help me with my pain. I had no idea what I was doing, but that night when I got home I was settled down and there was never again talk of divorce between mom and dad.

Another moment effecting my life occurred while I was onboard a The USS Ogden, a Navy ship. I was sitting offshore the night before we were to launch our helicopters and move all the squadron to our new home in a place called PHU-BIA near the city of Wei, Viet Nam. That night I spent the entire night on deck watching the shoreline. There were explosions and rocket gun fire and artillery fire throughout the night. It was that night that I had heart wrenching emotions and long conversations with what I hoped was God. I was terrified fully expecting that this was about to be the end of my life, but somehow before dawn I settled the issue of death. Well I didn’t die, but I didn’t fear anymore either. Somehow in the night the issue of life and death, and fear and responsibility were settled much like the fears I had experienced when mom and dad were talking divorce. I did not die there, but it would be 45 years before I forgave myself for living. I would discover that God forgave me all from the beginning.

I have nothing to say about me. Click here my contact info. getting older now 74 this November. A follower of the love of my life. View all posts by spiritualhypster